On the way to Emmaus. In our pajamas. 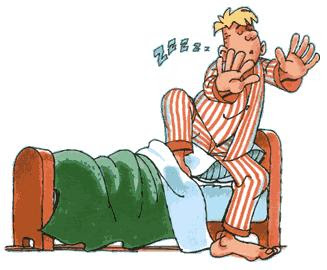 Sunday I finished out my series of Sunday school sessions with a lesson from Luke 24, when post-resurrection Jesus appeared to some dudes who were walking to a town called Emmaus. I have a boy named Jeremiah in class who generally has an entertaining but often bunny-trail illustration, anecdote, or question for anything we might happen to be talking about. He was in rare form Sunday when he suggested that maybe the guys who were walking to Emmaus were sleep walking! And still in their pajamas! He answered every question I asked for the rest of the class time from within that interpretive framework. The point of the story was that a savior who is alive and with us is able to (and does) help us, just like Jesus helped the guys on the road understand from the prophets that his death had been part of God's plan. "So, how would you say Jesus helped them?"
"well, he probably helped them, like, not run into stuff. because that's easy to do when you're sleepwalking."