We've been having such beautiful, hot weather here this week! Perfect weather for a dip in the still chilly Rhine. I've had a cold, so I have been very responsible and refrained from swimming in the river myself. But I'm pretty sure everyone else in Basel has gone by now. I watched them all float by from my perch on the bank this weekend. 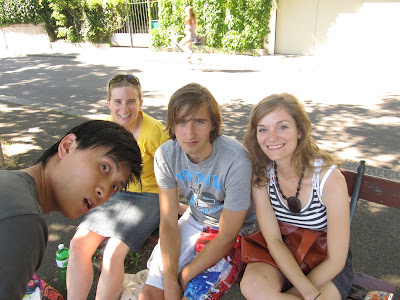 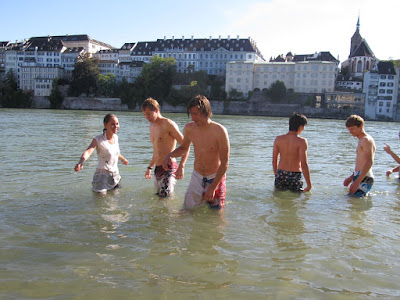 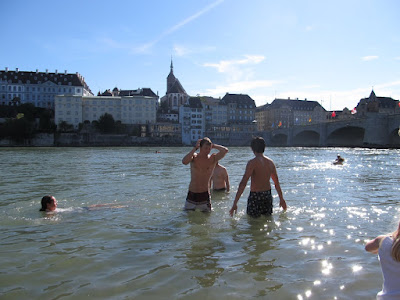 Thanks for bringing your camera, Gina!
Posted by Stephanie at 7:45 AM No comments:

I'm experimenting with new daily routines, trying to find one that suits me and encourages me to do the things that I need to do (since I'm definitely more motivated at some points than others!). Today I got up at 6.15 to go running, and this is the nice view I have when I lean out my window at that hour: 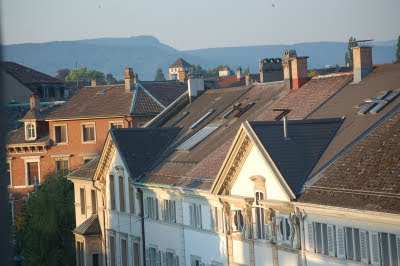 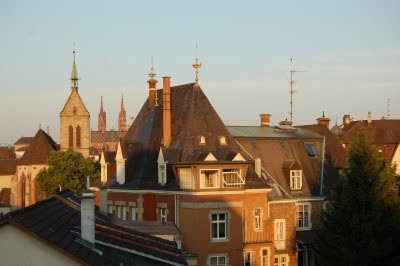 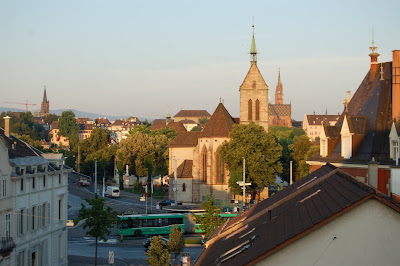 According to my little plan I'm trying this week, after my early morning run and shower, I should move on to German for two hours starting about now (will start as soon as I finish this!). Then off to my office for three hours of proper PhDing, then lunch, then another couple hours of proper work before skipping home for a snack and some quality time with my drawing supplies. And as for other essentials: anchor points are Monday/Tuesday is laundry, Friday is grocery shopping, and Sunday afternoon is house chores. Doesn't that sound like a good Stephanie schedule? I mean, as long as I go to bed early?
Posted by Stephanie at 7:28 AM 3 comments:

Nothing but a Breeze

It's been a busy couple of weeks over here!

Work is all reading and note taking at the moment. I have a stack of books on my desk waiting to be read...titles like City of Flows, The Social Construction of Technological Systems, Social Power and the Urbanization of Water, Political Ecology across Spaces Scales and Social groups. And there are others. I asked Pierrick an hour ago when was the last time he read a book for fun. Ten years ago, perhaps? He said he reads the comics sometimes. At this very moment, he has his nose in a book about civility at the next desk. Uh huuuh. That's how cool we are. I'm working more or less on the idea of the waterscape this week, but I needed a break. Hence the blog. Oh, but here's some exciting work news: next weekend we're going to Germany for a workshop on qualitative research methods. Woohoo! road trip! :)

A couple weekends back I went with the Sunday School group to the tall hills in Solothurn. Camp is a good way to get to know the kids at our church better, and I especially like watching the network of friendships among them grow over the weekend together. My favorite camp moments are when the older ones start to be sweet to the littlest kids (some of whom march to the beat of their very own drums!), and when the kids who are never going to be called the most popular are cheered and appreciated for the strengths they bring to the group. I want them to be themselves and find they're liked for exactly who they are, short-comings and quirks included. That probably sounds cheesy, but really, when I see them accepting and taking care of each other, that makes me very content. We did all the normal camp things: made crafts and played games, sang silly songs and bible songs, watched plays and chased each other through the grass at dusk to capture flags from enemy territory. The boys caught at least one frog. The girls freaked out over one itty bitty tick (which hadn't even bitten anyone). They talked with each other about society, music, literature, science, God, and faith, and how they see those interacting in their experience. They learned to play baseball. Or, kinda. We scheduled kickball for one organized game time, and it seems European kids are not so familiar with the rules. "Ok, who has played baseball before?" I asked half the group as I about to explain batters and runners. Blank stares and not a single hand went up. Rachel had a comment though: "Do we have to stay out here very long?" She was swatting at her arms. "All these bugs and grass and stuff are so disgusting. I need to take a shower!" In the end, between Dave the Canadian, Molly the American, Raph who you well know by now is Swiss, and me, we more or less succeeded in miro-managing a game of kickball into existence, even though bases often ended up with three or more runners piled on them, and the concept of a foul ball never really caught on.

I'm having trouble uploading pictures, but I'll try again later. Right now I have to go get fancied up for Art Basel!

(and now some pictures...in no particular order. Mostly taken by Daniel, a camper with a brand new tripod.) 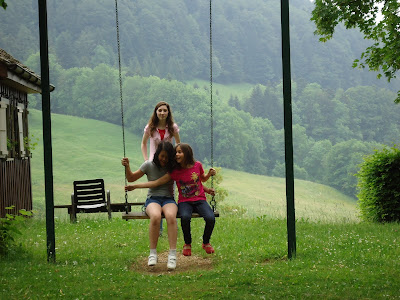 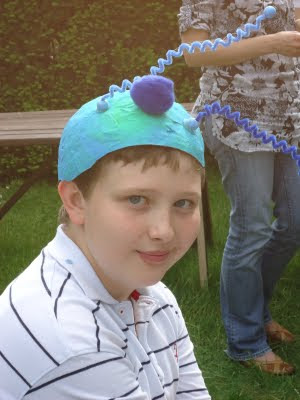 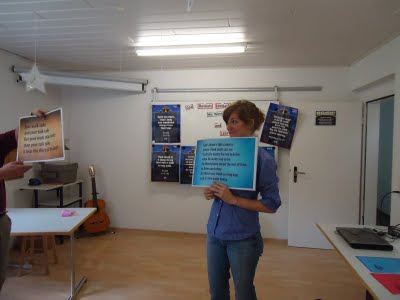 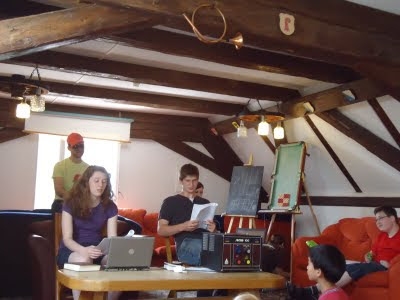 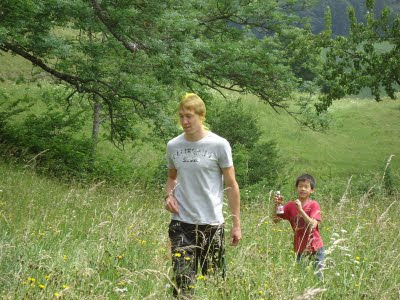 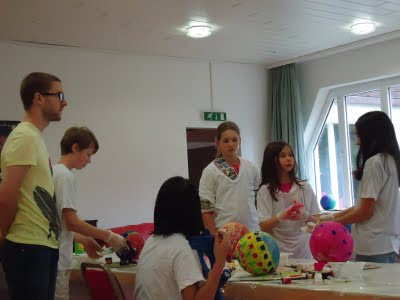 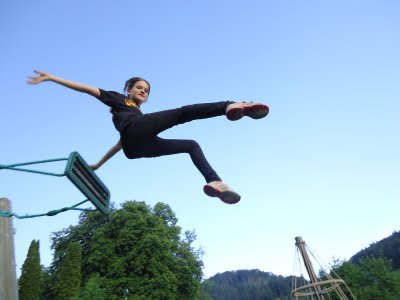 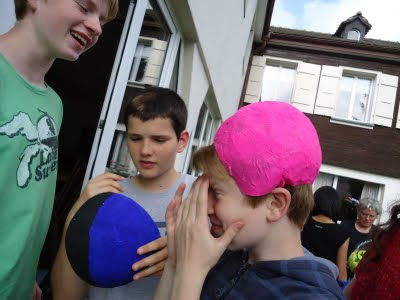 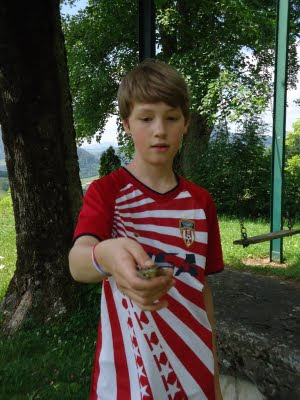 Posted by Stephanie at 3:52 PM No comments: