(disclaimer: I'm not saying this is a masterpiece in quality or creativity, but here is a christmas slideshow for you nonetheless)

Commercial Break is Over

Aaand, we're back. I've noticed that when most people say, "hey, you should update your blog" I say, go jump in a lake. But if my wonderful big brother says "you've really negelected your blog, dear," I think to myself, why, he's right, and I get right on it. So you can thank Greggory for this blog entry.

I have been busy with school and other things, so to catch you up most effectively, we'll do this blog rapid fire style.

1)Christmas Last time I wrote about my recently aquired free branches. They turned into three swags and a wreath, which, in combination with my decked out christmas tree, have my apartment looking very festive indeed. 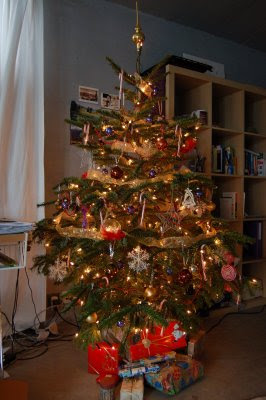 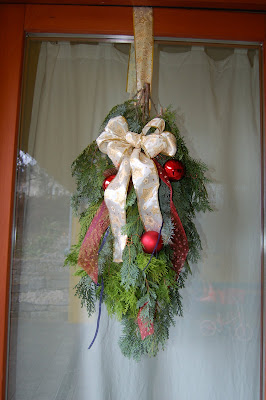 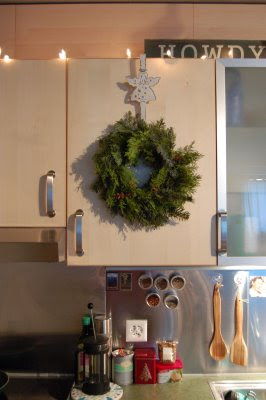 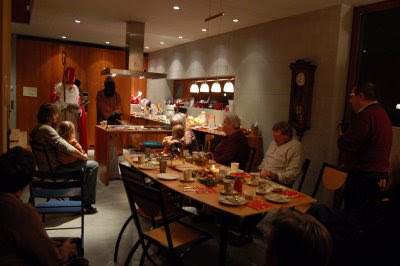 (Santa and his assistants giving M1 the yearly lecture).

I finally sent my christmas presents to the States on Wednesday. The lady said I should have sent them by the end of November to get them there by Christmas, and we shared a chuckle over that thought. I chuckled to think that anyone actually has their christmas shopping done by then. I imagine she chuckled at the silly American girl coming in to send a box half-way around the world a mere week before the big day, when she's known all year long exactly when Christmas would come.

Yesterday I was talking to Gregg, and I had a nearly overwhelming urge to tell him what his present is! I've had this problem for as long as I can remember, and it's particularly bad with some poeople. One year I got Gregg a Checkers game for christmas (or a birthday), and I was so excited about it I gave him a "hint" and told him the first letter. As if that wasn't close enough to telling him, he convinced me to tell him the second letter too, and as soon as he knew it started with "Ch" he knew what it was. He was happy with the present, but I was so devestated that he guessed.

I'm going to Dom and Raph's house for christmas, along with various other expats--some I know and some I don't. I'm looking forward to that, but as the great exedus has begun this week, I'm a wee bit jealous and would be very glad to also be going home.

2)History Nerds Last night I went to a "so long, Switzerland" party to see the American Exchange student Nikki off. Five of us came. Historians are kinda funny when they're all together. What other group would think that sitting around eating Mexican food and brownies and talking about John Stewart Mill and clasical liberalism, the Early Modern period, history of gold and germs, colonialism, various African wars and historical contexts for identity constitutes a "party"?
3)marathon I officially signed up to run the Connemarathon (half...only half) in Ireland in March, with Valda. This is exciting on several accounts. First, it means I'm going to Ireland (woohoo!). It also means an excellent excuse to prioritize exorbitant amounts of time running around in the woods, or in the city, or by the river, or...well, anywhere. Plus! much of that will be with Valda, which means lots of long and pleasant chats.

4)master thesis One of the reasons I haven't blogged is that I've been busy thinking about what to research for my master's thesis. I haven't pinned it down totally, but it's looking like I might do something about water and infrastucture and the like in South Africa. Stay tuned...

5)Snow We have a ton! It warmed up a bit the last day or two, so it's falling off the trees now, but it has been quite wonderful. And it made me miss class the other day...I HATE it when that happens! :) 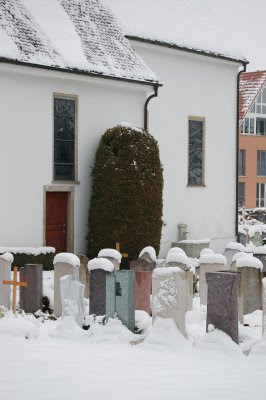 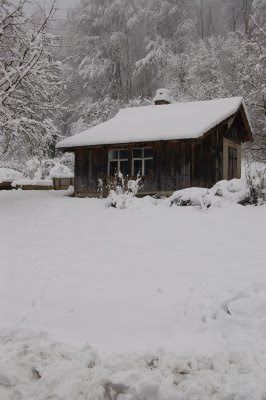 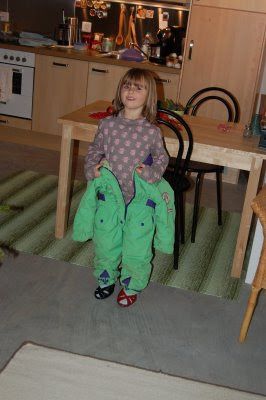 Who says you can't wear heels with a snowsuit!?
Posted by Stephanie at 12:27 PM 6 comments: