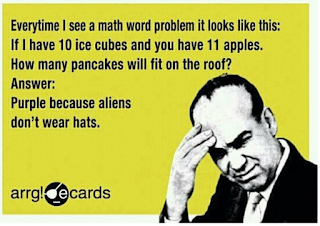 This semester is shaping up to be about two things: creative endeavors and research methods. That's good, because working on creative skills keeps me healthy, happy and sane, and working on research methods will make the rest of this PhD go a lot better.

On the creative side, I'm painting with a friend once a week. The first day I went to her house to work I happened to be kind of stressed about various things, but about two hours into fixing trees and warming up my sky, I realized that in focusing on making something, I had forgotten about everything that was bothering me. Drawing pictures is one of the only things that has that effect for me, although other creative projects can come close sometimes. So my theory is that more drawing now means fewer wrinkles later.

I'm also taking dance lessons, one by myself in a big group, and one with Lukas in a small group. In the big group, our Peruvian instructor teaches in German but counts in Spanish, and the rest of the class looks about 19. Every new dance partner is delighted to discover that I speak English, and tells me about his last US vacation. In the class with Lukas, however, we count in a funny dialect where Zwo means 2. Who says Zwo!? I've never heard Zwo in all my five years in Switzerland. I understand a lot of what she says, but not as much as I would if she were more inclined to say "Zwei" or even "Zwoi." But we're still learning, and we're not even too bad at it.

And research methods...well, 3 courses on the subject. I should be research design competent by the end.

Poster! And kinda proud of it.

We're getting ready for the Swiss Researching Africa Days conference in Bern later this month. My work partner and I still have a paper and presentation to finish writing together, but at least my poster is done! It's not really a normal academic poster...but I like it. Feels like it has my stamp on it. And I re-learned a lot in Illustrator in the process of making it. Look for it soon decorating a University hall near you! :) 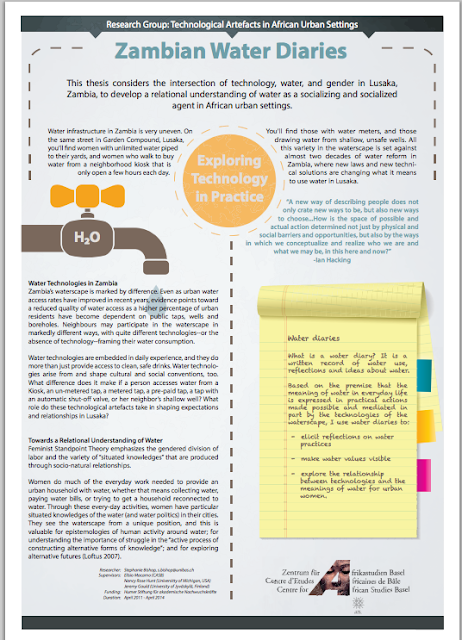 check out the more readable version.
Posted by Stephanie at 12:49 PM 5 comments:

I'll pick up where I left off: in Acts, in Sunday School. Yesterday I had the 9 to 12 year olds in class, and the first part of Acts chapter 8. This class is a bit of an odd compilation. Four little boys and five mostly older girls self-sorted by gender into a half circle of chairs in the seminar room, with three empty chairs between them for buffer. It's only about 8 steps from the door to the chairs, but Jeremy fell on the floor three times before he even got to his chair (this might have really stumped me, except I remember when Brian was like this). Then he fell out of it a few more times before he and I had a chat in the hall, and I said I didn't mind him sitting on the floor if that was more comfortable and less distracting for him. However, rolling back and forth across the circle, crawling around on all fours, or flying airplanes from his seat on the floor weren't encouraged. Deal? Deal, Jeremy said. And we did 20 jumping jacks together as fast as we could to get the wiggles out before we rejoined the class.

But the rest of class was pretty much more of the same, times 3, as two of the other boys are quickly pulled into his funny, distracting antics (and come up with their own fair share). I wanted to let the class illustrate the story on the white board as we talked through it, taking turns adding a part of the story to the picture, and then letting someone else carry on. Jeremy started us off by depicting church persecution as a mediaeval warfare, complete with fireballs being launched at castle walls. :) Last time I taught this class two weeks ago, some apostles landed in jail. "The next day," I said, "the high priest ate his cornflakes and brushed his teeth before putting on his tie and heading for court." While the girls gave me strange looks, Jeremy raised his hand and asked with a mischievous little gleam, "um...could it have possibly been Lucky Charms, not cornflakes, he ate?" :) Jeremy and I undersand each other sometimes. Yesterday by the end of our lesson, someone...not quite sure who...had also added an alien invasion to the story of persecution and the Samaritans belief. Adding aliens to the picture actually didn't bother me (you can understand the point and limits of a story and still engage in some imaginative what-ifs. What if they liked Lucky Charms, for example?) but generally not following directions, not stopping when asked, talking over me and others, being excessively silly when we were talking to God and fiddling with toys, papers and rulers they'd brought in their pockets did bother me.

After class the four of us had a talk while the rest of the class waited in the hall. "What was the problem today, guys?" I asked them. They looked at their hands a lot and finally concluded they'd been a little too excited about getting to draw, but they weren't sure what I should do about it. I suggested talking to their parents might be where I'd start, and they were instantly sobered. The problem with trying to have a stern talk with kids who are being silly and disruptive is that they're awfully cute when they know they're in trouble...apparently some parents have been talked to before about sub-par sunday school behavior, and access to a much-loved electric train set depends on good behavior in sunday school. Jeremy was sure he wouldn't get to play with it "for three years!" if I talked to his dad, and was almost in tears about it--so upset he couldn't find the words to tell me what the problem was. Thomas bargained on his behalf. "What if you don't talk to our parents this week, and next week, if we're not very naughty...actually, if we're not naughty at all next week....ok, if we'll try to be good, and if we're even a little bit naughty, then you could talk to our parents." "So you're asking for another chance?" "yes, literally." (dude. so cute.) Alright, I said, and we agreed on a couple simple rules for how we'll interact in my class next time and I said they could go. Instead, they hung around while I packed up and they told me about their train sets, one of which even has an overpass! And I thought, gosh. I like these boys.

And now: back to writing my Research Colloquium presentation.