If you could see my room right now, you'd wonder if I've even started packing! I have, but so far it has produced an empty closet, a few shopping trips, strategic piles in some places, less strategic ones in others, and a discouraging sense that I don't know what to do with my stuff. Should I store it? Trash it? Sell it? Donate it? Keep it here? Pay to move it across the world for three years, and then likely back again? Last night (after saying goodbye to my Aunt and Uncle)I was ready to stick my head in some figurative sand and not think about moving. What better way to do that Stephanie-style than with Eric Foner's book Reconstruction: America's Unfinished Revolution: 1863-1877! Three days before one's departure is a good time to start a 600 page book on post-civil war politics and life in the United States. I was off to an engaging start, but I got distracted last night making plans to go to a Swiss Circus on Tuesday (!), so I didn't get very far.

I picked this book off my shelf for a couple reasons. I don't remember a lot about Reconstruction, but I often find myself answering questions (in Europe) about race relations in the US and I really feel like I need to be able to explain an overview of reconstruction. People seem to know a little about the Civil War (though they tend to think it was all about slavery) and a little about the Civil Rights movement, but Reconstruction is an important link in between. Also, Foner is interesting to me because he has served as an adviser and commentator on PBS documentaries and NPR, and co-curated public history exhibits...stuff like that. Stuff I'd probably like to do later, except about water and Africa.

Alright, alright. I should pack, I know.

The boys and I are working on marketing materials for Dad's violin business, including finalizing a new website, updating business cards and creating brand new postcards for the 2011 Northwest Handmade Musical Instruments Exhibit. 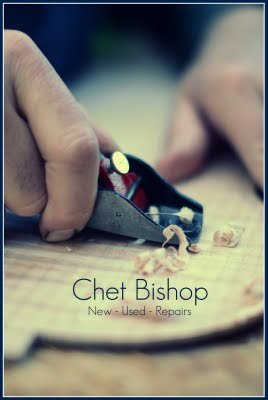 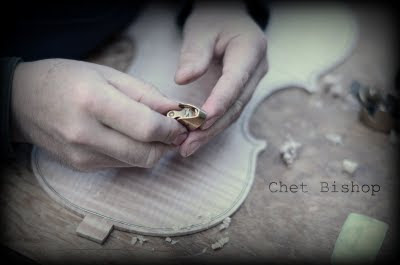 Salmon Fishing on the Willamette

I do enjoy a good fishing trip. I like fishing best on warm days, when I can sit on a rock in the sunshine and daydream while I watch my bobber. It was not a warm day last Sunday. It also wasn't dry. I wore a tank top, a t-shirt, a thermal/fleece, a waterproof thermal, a down vest, a gortex jacket, a fishing rain coat, and another waterproof jacet on top, all at once, AND a hat! And I was still kinda cold. But I had fun anyway, and there was plenty of day dreaming time since the boat has rod-holders. I hardly had to watch my pole or do anything at all except sit there munching my snacks and holding my fingers up to the portable propane heater. Pretty posh, huh?! Yeah, we were with a fishing guide. I guess people who fish regularly with guides expect things like heaters in the great outdoors!

The Willamette river flows through downtown Portland, and I've never fished there before. But it's spring Chinook Salmon season, and who can resist a day on the river? (well..grandma did. Said it was too cold and wet). We put in before 6 am next to an old gothic bridge called St. John's and shot down the river to the heart of the city, dropped our lines and slowly tacked back up, under most of Portland's beautiful 12 bridges. I caught just one Salmon (about 16 lbs) and it was wild so we couldn't keep it. Nobody else on our boat had even a bite. Grandpa and I had never fished together before, believe it or not! I enjoyed spending the day with him and with our friends!
Posted by Stephanie at 11:05 PM 1 comment:

Just a couple pictures taken at Valda's wedding last month. It's taking FOREVER to upload things, so I might add more later, but for now, just two: 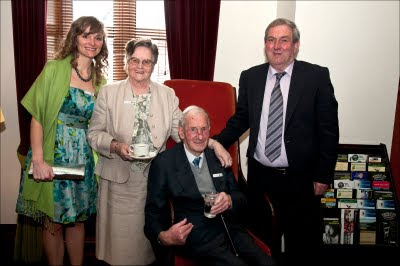 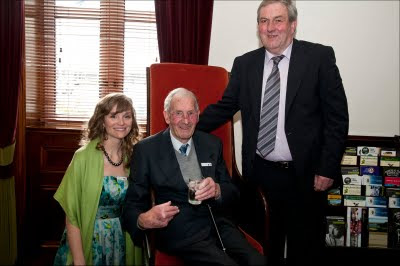 Posted by Stephanie at 10:57 PM No comments:

This blog post is for my lovely Aunt Lou Ann, who may or may not have been hit by a tornado yesterday. Hopefully not! Thanks for the little push to write something. :)

Sooo...Ireland. I think that's where we left off last time. Sunday after the wedding, a bunch of us out-of-town guests headed for Sligo, a beach town on the west coast of Ireland. A few of us planned to surf. Most planned to pick up pebbles or fly kites or count seagulls, or something safe and sensible in the month of March. Personally I was nervous about surfing. I'm not a strong swimmer, and my local beaches here are craggy and rough, with sneaky currents that drag unsuspecting swimmers out to sea. And that's in the summer! Swimming in the ocean in March seems downright stupid. But apparently Ireland is a bit safer than certain Oregon beaches, and I have always vaguely wanted to learn to surf. I was prepared to give it a try with an instructor nearby and Dom, who I know is a certified and capable lifeguard. Still, the surf conditions were a bit iffy. Was it windy when we set out for the coast that day? It sure was. We were told to get there early because the waves would certainly be too big for surfing by early afternoon. Was it raining when we left? Yes, but you know--you'd be wet surfing anyway. Did it SLEET and SNOW! on the way to the beach? maybe. But we were undeterred.

Or, I should say, the others were undeterred. Diana and I realized not five minutes down the road that we had a flat tire on our rental car. We pulled into a gas station to change it, and I knew I would miss my surfing lesson. Awww, shucks, I thought. It was such a perfect day to learn to surf!! On the up side, however, I hadn't had opportunity to practice changing tires in a long time, and I was pretty pleased to be the only person in the car who knew how. Good luck to any girl who tries to change a tire in Ireland, however. If our experience is any indication, she's very likely to find that a flat tire is a magnet for kind Irish men who will take over so quickly and have the job done and the tools put away before she can even tell them that she wants to do it by herself!

By the time we got to Sligo, the non-surfers we knew were completely drenched and running through the sleet for their cars (literally running). The very small group of surfers were nearly a mile up the beach. So Diana and I parked, pulled up our hoods, and ran (also literally) to the nearest restaurant with a fireplace. While we ate, a couple families came in with guitars and flutes and a keyboard and sang Irish songs. One surfer (the only girl who braved the weather!) from our group came in early. "With the wet suit and the hood and everything, it really wasn't cold," she reported. I think she's just extra tough, because the guys' version 45 min. later was that it was "SO UNBELIEVABLY COLD!"

I don't think I missed much.
Posted by Stephanie at 9:57 PM No comments: