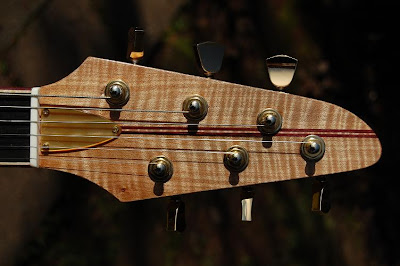 As many of you know, my rad little brother builds acoustic and electric guitars. He went to a popular Christian music concert last night (and by popular, I mean multiple songs reaching top ten on the charts, Grammy nominations, multiple Dove awards. Popular.) and took his first guitar with him to try to get the bands to sign it for him. One of the guys liked it, asked who made it, then REALLY got interested and said he might like Bri to make him one. So Brian has his email address, and although we both know better than to count chickens before you see their fuzzy little wings, we're so thrilled. :) Even if he doesn't buy one in the end, how affirming to keep getting positive feedback from professionals. Good work, Brian. You're a gentleman and a scholar, and you build nice guitars too.

Here's a couple pics of his most recent electric guitar (sold) and an acoustic (also sold): 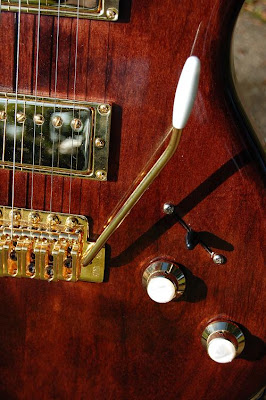 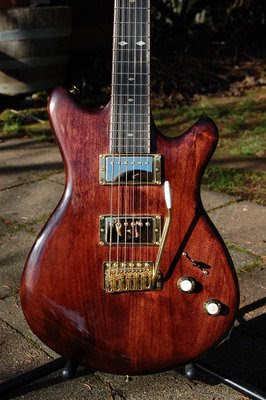 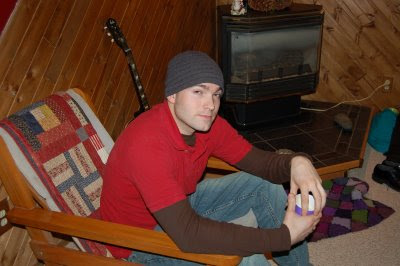 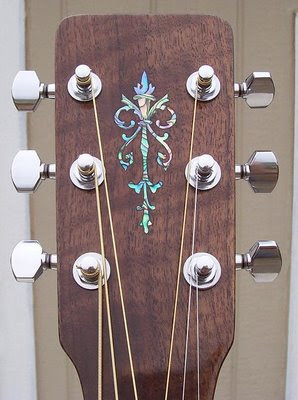 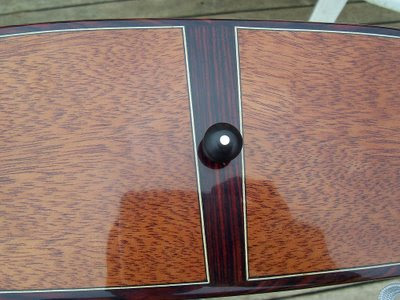