Just a couple pictures from the week: 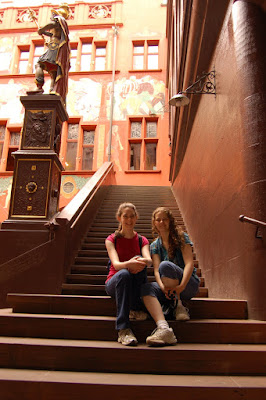 Friday we were going to go to St. Ursanne, but missed a bus and therefore missed the train, so we changed plans and went to Basel instead. We visited the market area and the Rat house and took a stroll up the shopping street, with detours for shoe stores (my request), before hitting the art museum. I think I should have started them at the smaller art museum...They've had their fill already and don't want to go to the Beyler, the best one in town. I knew they were done with art by the time we left, but who isn't after a couple hours of paintings? I thought it was temporary. I didn't fully apprehend their reaction to Monet and Picasso until we were sitting on a bench in a parking lot later that night and Chelsea said, "the museum was ok, but this is soooooo much better."

So much for culture.

Friday night we went to the 28th annual Nordwestschweiz jodelerfest in Laufen. That was nice, and an improvement on the parking lot, I reckon. :) 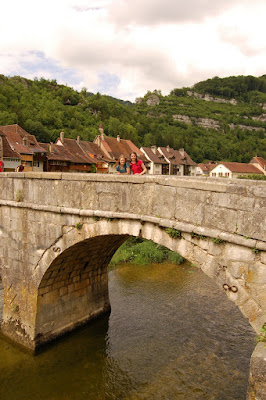 Saturday we finally made it to St. Ursanne, where the bridge is clearly the main attraction in town. We visited an antique store, a jewelry store, and the church, too, and ate an entire box of chocolate cookies. 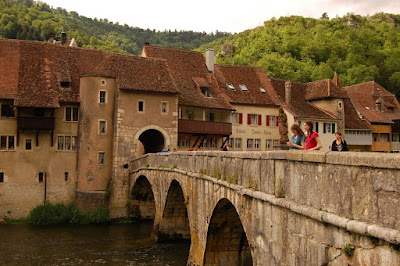 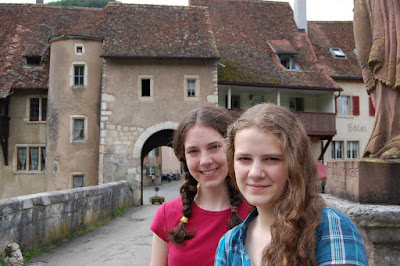 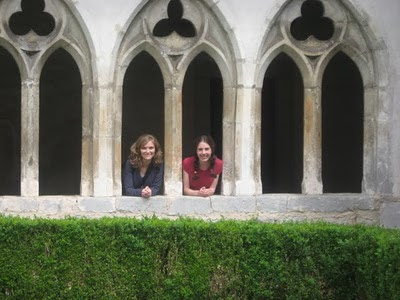 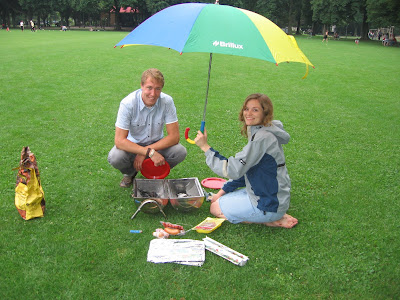 Today after church we had a barbecue in the park in Basel with friends. Despite an impressive effort on Raph's part, and a less impressive but no less sincere effort on my part, the coals refused to burn efficiently and we finally ran over to Gina's house to finish cooking the sausages. It still tasted good, and it was nice to spend time with Ben and Ed and Ben's brother and sister, here from England, as well as more regular, see-em-every-week basel folk.
Posted by Stephanie at 10:47 PM