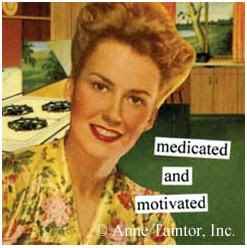 Actually, probably just the first part of that applies: I'm medicated, but all I want to do is sleep and not cough. Why do I keep getting sick, hmmm? I've been getting sick every three weeks or so, and it's annoying.

Basel World started this week. I asked the hair dresser yesterday what it is exactly, and she said it's an "Uhren und Schmuck" (watch and jewelry) show. I thought I heard "Ohren and schmeck" (ears and taste). Kind of a big difference.

Ireland was fun, blustery, damp, rocky, green, and had an ocean--more than one in fact. I tend to feel a bit land-locked in Switzerland, so it was great to drive along the coast. It was also great to be in an English-speaking country again for the first time since July.

Do these cliffs look familiar to you? The "Cliffs of Insanity!" (aka the Cliffs of Moher.) 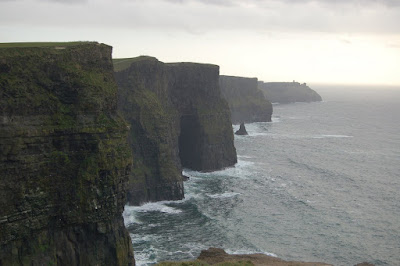 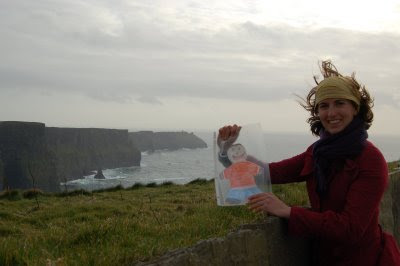 Flat Stanley is at risk of becoming Wrinkled Stanley in the wind, but fortunately, thanks to Valda's firm grasp, he didn't get blown down to the ocean. 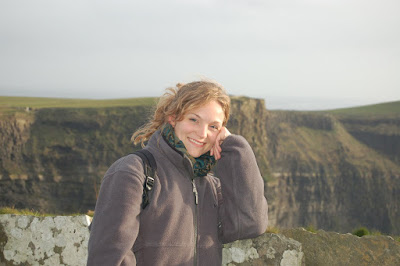 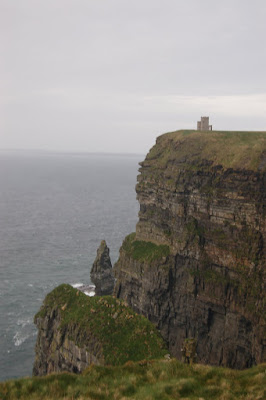 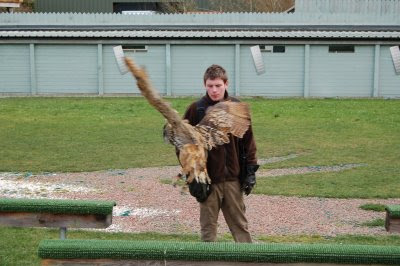 Cool birds of prey show we saw in Burren.

More pictures later perhaps of the other things we did and saw in Ireland, but I am off to bed for now. OH! I forgot to say anything about the run! Even though my knee was having an attitude problem, I was able to run the first 4 miles and walk the rest, and I'm none the worse for wear now.