Antique stores and driving on ice

Christi was in the area this weekend for Thanksgiving! She made the trek over the hill from Sherwood to share a cup of coffee and do some shopping in the bustling metropolis of downtown Forest Grove. (If you have trouble keeping my friends straight, Christi is a former roommate turned hospital dietitian who lives in Southern Oregon). I had plans to revive my day-after-black-friday tradition of attending the Verboort Christmas Bazaar, but they don't do it anymore, so...other sorts of shopping had to suffice. Christi was in the market for a tea pot and I can almost always be persuaded to buy a tea cup (but I haven't in years!), so we considered every tea pot, saucer and cup in the big antique store downtown. Christi bought a classy white coffee pot and sugar bowl, made in Poland, which will double for tea duty until she acquires a full china set. I bought this Royal Albert tea cup: 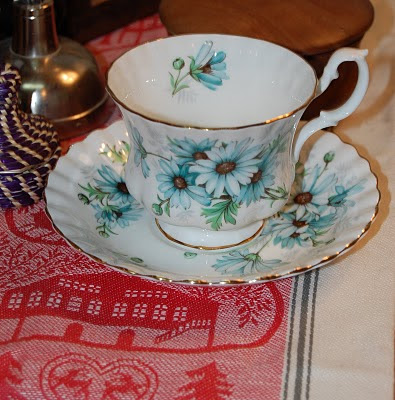 It's now living on an international shelf with my other blue and green tea cups, next to my Swiss fondue pot, and with the South Africa wildlife. 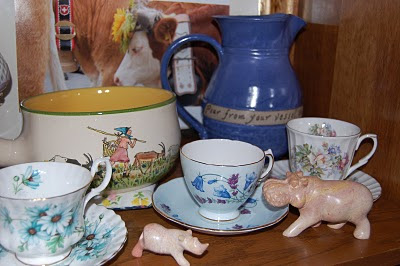 I can't divulge the other fabulous things I picked up on Saturday, but I can tell you about the beautiful snow we had this week: 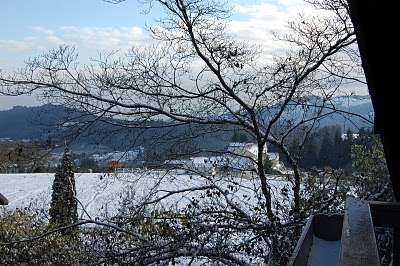 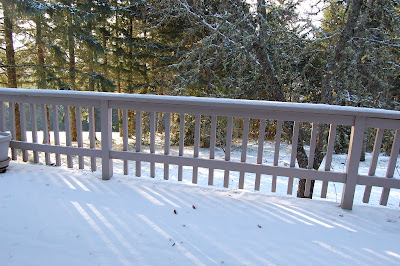 I love snow, but icy roads are the down side of it. The boys decided at 9:30 on Wednesday night that we should drive to town in the mustang for snacks and drinks. The mustang doesn't have traction tires or anything! Gregg hadn't even made it all the way into mom and dad's driveway that evening. Brian called him a pansy and went out to show him how driving on ice is done, but he too got stuck at the end of the drive. I offered my car with studded tires, but no--"where's the adventure in that, Stephanie!?" I said nooo way was I going to town with them! My idea of an enjoyable drive on snow and ice is not the same as theirs. But, profuse promises against sliding and one guilt trip later ("You lived far away for how long, and now you won't even go to the store with us!?"), I agreed. We drove super slow. There was no intentional sliding. I picked the music (hey-negotiated terms of the deal!). And I had fun. Yesterday with the boys: long talks while de-molding a bathroom, followed by dinner at an Italian restaurant. I'm liking all this time with my brothers.
Posted by Stephanie at 1:54 AM